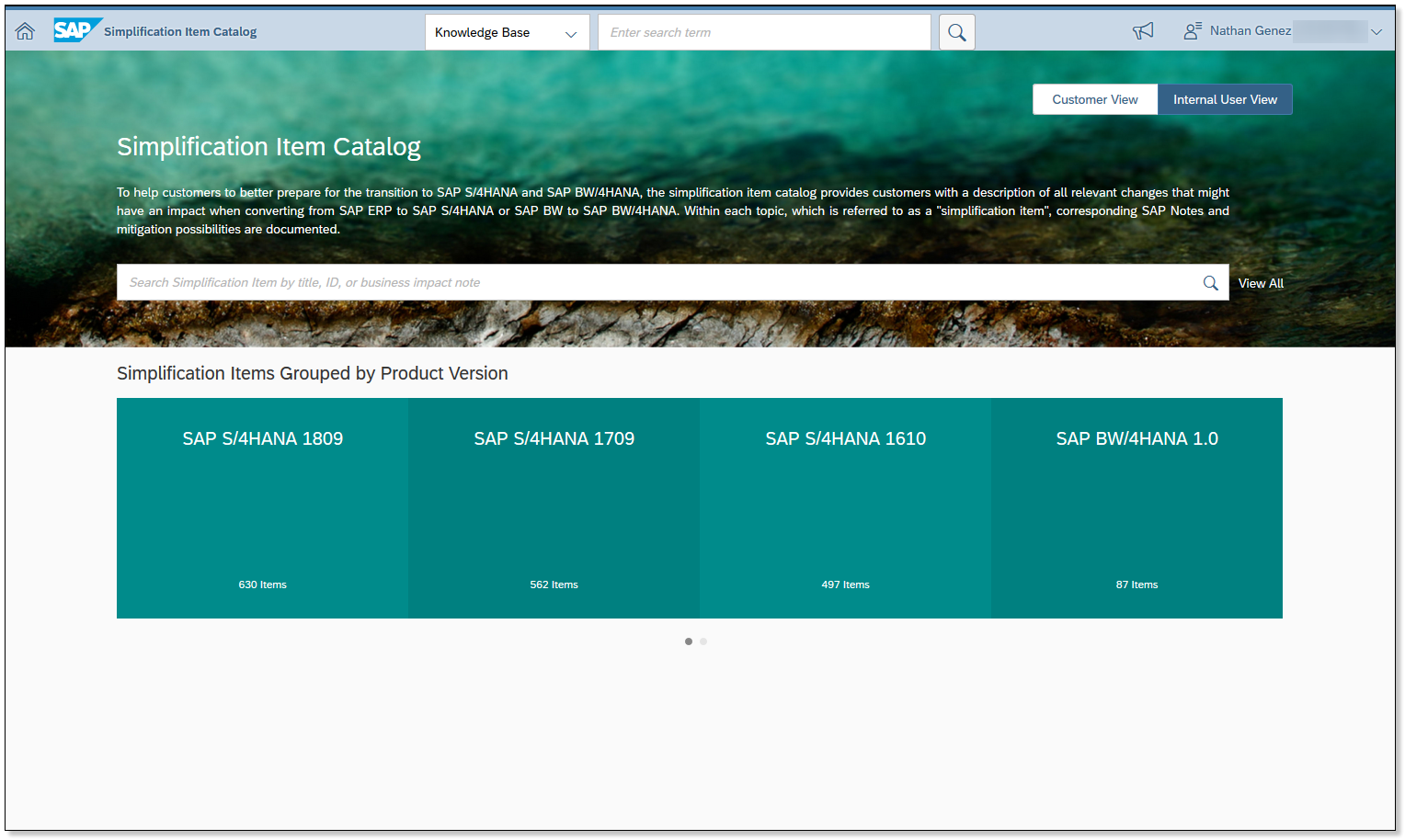 With the release of S/4HANA, SAP has made major changes to the underlying technology stack as well as the functionality in its flagship ERP product.  We’ve documented that in a few places already…

SAP intends to release functionality more iteratively and at a faster pace in S/4HANA than they did in R/3 or ECC.  So far, they have kept true to this promise.  We are seeing On-Premise (OP) versions of S/4HANA released at least once a year while the Cloud versions are changing at an even quicker pace.

Naturally, SAP also has to document the changes between all of these releases and update the official help documentation as well.  While not as technical or daunting of a task as updating the product itself, it’s sometimes the lag in updating documentation that gets most of us upset.

This leads to an obvious question… where is the best place to go to find out the changes between S/4HANA releases (either OP or Cloud)?

In the past, way back on SAP R/3, SAP would publish release notes which documented the delta changes between releases.  They were sent out on CD along with the official product documentation.  Most software companies took a similar approach back then.

Now?  Since SAP is now emphasizing the simplification of their solutions and re-named their flagship ERP product, they’ve rebranded the documentation process as well.  New product = new documentation names.

The first place to go to is the Simplification List.  The document is available online in .pdf format and describes in detail, on a functional level, what the changes are to individual transactions and entire solution areas (i.e., General Ledger, Purchasing, etc.) in S/4HANA.  They used to publish the changes in an .xls format as well as a .ppt slide deck but stopped.  The .pdf is now the only regularly updated document.

It’s important to mention that the items documented in each simplification list represent the total changes in S/4HANA as compared to the SAP Business Suite products (i.e., ECC).  That means that if you are implementing S/4HANA 1809, the Simplification List for 1809 contains all of the previously documented changes in the previously released simplification lists for earlier releases.  So, just grab the current release and you’ll be sure to get the documentation for all changes.

How to get it?  First, go to http://help.sap.com/S4HANA.  The link will automatically redirect to the OP version for the latest release.  As of this writing, that would be S/4HANA 1809 OP.

If you want an older release (i.e., the one you currently are working on) or a Cloud version, you’ll have to navigate accordingly using the Version drop-down list in the top right hand corner of the page.

This is probably a good time to mention that this initial landing page contains all of the most important documents to reference for S/4HANA.  This includes the following:

The page may change later but about in the middle is a section titled ‘Conversion & Upgrade Assets’.  The Simplification List is the second item listed.

The other place I go to find S/4HANA information particularly of a more technical variety, is the Simplification Item Catalog.  You may have seen it one of the earlier images above but it’s a link to the SAP Help Portal.  You can access it directly at https://launchpad.support.sap.com/#/sic.

After selecting the appropriate release, you’ll see the following page.  This lists each individual simplification item and has some useful filters at the top to narrow the list down to the relevant changes you are looking for.

Here’s the list for Project Systems.  Take a look at the scrollbar… there are a lot here to go through!

In the list that is displayed is a simplification item.  They’re similar to an OSS Note, or SAP Support now calls them, SAP Support Notes.  There are a variety of informational areas in each item but the one to focus on is at the very top.  It will identify and link to the SAP Support Note that goes into more detail of what has changed.

It is the SAP Note that will contain more practical information on the changes.  In this particular one, it lists all of the relevant PS reports that SAP has labeled ‘not target architecture’ which means that they’re about to be eliminated.  Again, take a look at that scrollbar… it’s a long list!