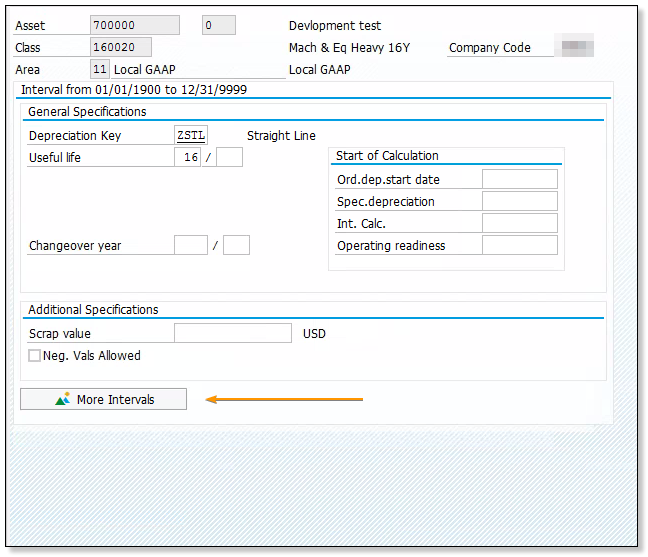 Most everyone in the SAP industry is expecting a wave of upgrades to ERP 6.0 over the next several years. As part of these expected upgrades I’m going to start a multi-part blog on some new developments that are coming in the Asset Accounting (FI-AA) subledger of ERP Financials. The first topic will be to introduce the New Depreciation Calculation, also referred to as the NewDCP.

What do you mean by “New Depreciation Calculation”?

As of ERP 6.0, there is an entirely new technique used in Asset Accounting to calculate planned depreciation amounts. This affects all planned amounts such as Ordinary Depreciation, Special Depreciation, Interest, and Inflation/Revaluation adjustments.

Unplanned Depreciation and Write-Ups are not affected. These two depreciation types are transactional in nature and require no amount determination.

What else has been changed?

There are numerous changes and new items that are delivered but the change that is broadest in nature and will have the greatest impact on SAP fixed asset users is the shift from a transaction based calculation to a period interval based one. I’ll go into more detail on this change in a later blog posting.

Some of the other items that have been changed are…

Time-dependent depreciation changes can now be made to the asset master record
Depreciation methods can now be changed on a period level
Base Values can be determined on a period level
New transaction type groups have been delivered. This also includes the introduction of new Period Control groups as well.
New BAdIs for easier enhancement of the depreciation calculation
… and several other fixes that are mostly country specific.

Who does this affect?

Anyone who works with fixed assets and regularly has to troubleshoot issues with how ERP calculates depreciation will have to understand these new concepts and how they work.

All customers upgrading to ERP 6.0 will also have to be aware of a few items as part of the upgrade.

Do I have a choice; Old versus New?

Both the old and the new depreciation calculation are delivered in the ERP 6.0 release. Every customer can choose which to use.

By default, the new depreciation calculation is active once the technical upgrade is complete (or after the initial installation in the case of new customers). One way to check which calculation technique is being used is to review the status of the Extensions for the ERP system. This can be done in the IMG using the very first step “Activate Business Functions”.  In older ERP releases it was titled “SAP ECC Extensions”. If the Enterprise AddOn EA-FIN is active then the new calculation is in effect.

However, I’d be surprised if anyone chooses to revert back to the previous calculation for a number of reasons. First of all, there are other items included in EA-FIN such as some Treasury improvements that might prove useful. Deactivating the extension will deactivate those functionalities as well as the New Depreciation Calculation.

What is the Upgrade Process for this new calculation?

SAP recommends that the Recalculate Values program be executed immediately after the technical upgrade is complete. You’ll also want to take a look at a few OSS Notes as well (949701 and 965032). Review note 988238 before you execute your first year-end closing after the upgrade.

There is no data migration nor is there any configuration to change or update. If EA-FIN is active, then the new calculation is immediately available and in use by all reports.

The only item that may require some work is if the system previously had used any of the user exits dedicated to depreciation calculation (AFAR0001-AFAR0004). These are not compatible with the new calculation technique and have been replaced by a series of BAdIs. Any logic contained in these user exits will have to be re-coded in the BAdIs.

In the next blog I’ll go into more detail about the period interval based depreciation calculation.

Note:  This blog was originally published on SCN on October 16th, 2007.